Creating challenging and realistic scenarios is our passion. We develop entire battlegrounds with full-scale buildings and fortifications, populated with military vehicles, that put even the most avid paintball player to the test. Our fields are regularly re-designed and modified to keep game play fresh and unpredictable.

Eight action-packed fields were in play in 2019. This year we are adding a dedicated Bazooka Ball field so kids as young as six can play.

Entrance and equipment rental. This is where you register, pay and get your equipment. Here you can also upgrade your gun, mask, rent additional equipment such as protective vests, camo clothing, sneakers, gloves or a variety of other items. The H.Q. is also where the washrooms are located. 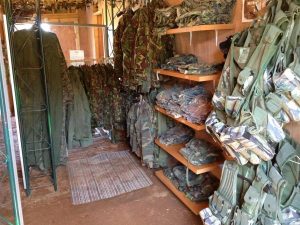 Practice your marksmanship at the shooting range featuring a variety of tempting targets that move and make noise when hit. Compete with your friend to get closest to the mark or just perfect your aim for your next paintball game. 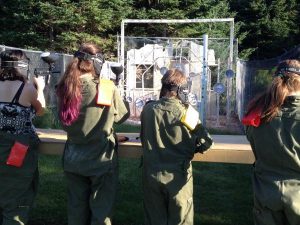 Our newest field dedicated solely to Bazooka Ball play. This private field is a maze of buildings where you have to tag an opponent before they disappear behind one of the many structures. 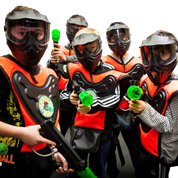 Fast and furious, our smallest field is big on action and fun. Use the fuel barrels and ammunition crates as cover as you stalk your opponents. Move through a maze of camo-covered obstacles, bunkers and sandbags to eliminate the enemy and emerge victorious. 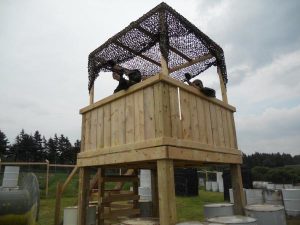 A unique woodsball field populated with an almost impenetrable mass of trees. Your only salvation may be the vast series of winding trails that lead to the strong points at the top of the 25-foot hill. Watch out for ambushes! Take the open road or opt for one of the many hidden trails to advance on your opponents. The Firebase at the top is perfect for 'attack and defend' games but can easily be adapted to any elimination or scenario game. Two team bases are located at opposing ends of the field for exciting 'capture the flag' action. Bunkers, pillboxes, fortifications, and excitement abound at every corner on the long and winding road to the top of Heartbreak Hill. 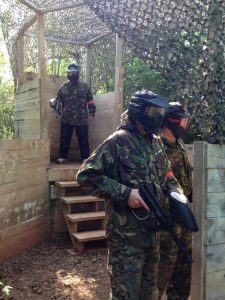 A complete town on one side, a fortified Axis ammunition dump on the other with connecting bridges in between. Start in the tunnel and advance carefully through the town in search of the enemy. Set up defensive positions and eliminate your opponent's strongholds. Cross the bridge to attack and capture the ammunition dump, but beware the guard towers and pillboxes that line the Axis trench system. The town includes a church, houses and shops, military vehicles and lots of rubble, all adding to the realism and second World War atmosphere. Watch your back, your opponents are never very far away. You'll have to be vigilant to liberate this town and destroy the enemy stronghold. 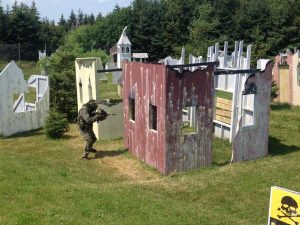 Teams at opposite ends of the field begin from behind their own headquarters and disperse through a maze of real trenches to eliminate their opponents. A virtual wasteland of sandbagged emplacements, wire and bunkers are strategically placed above and below the ground adding to the heart pounding excitement. Don't get caught behind enemy lines, and watch out for what's around that next corner. 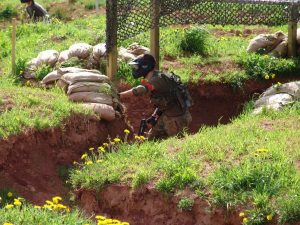 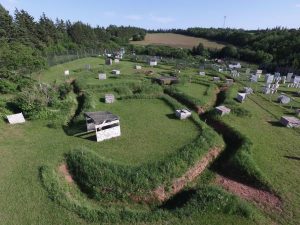 Another big field. Steep sloped hills and plenty of bushes on either side with lots of military equipment, a radar station and an artillery fire-base in between. Stealth and patience are required if you are to complete your mission here. The field is riddled with hiding places and an ambush is always possible. 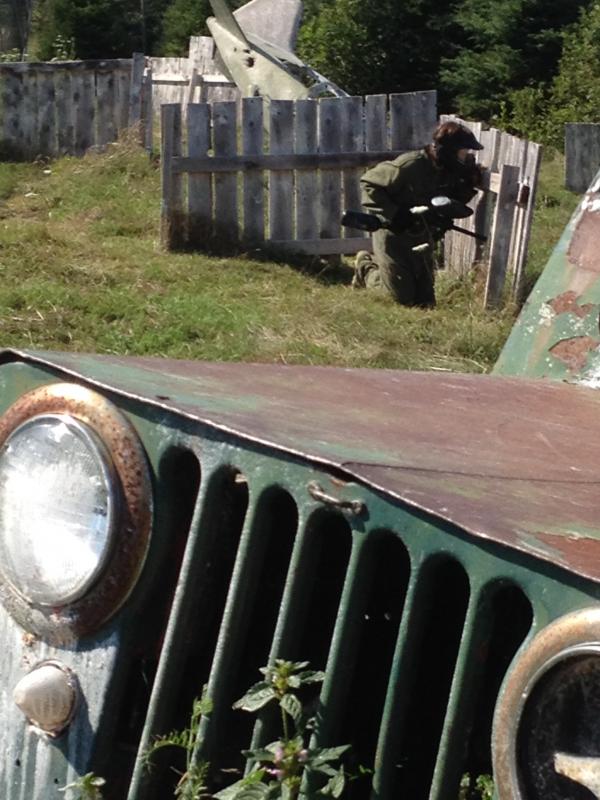 Our newest and most anticipated field. There's not much cover for the Allies as they race off their landing craft onto the beach and make their way toward the cliffs under heavy enemy fire. Your mission is to scale the cliffs, cross the open ground of barb wire and trenches and breach the Axis pillbox complex above. Can you complete your objective? 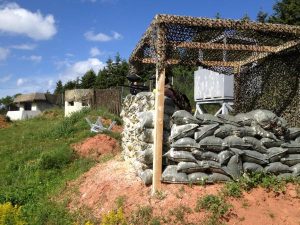 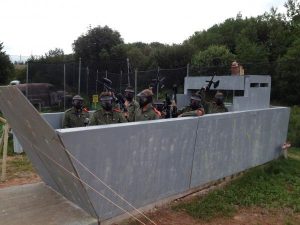 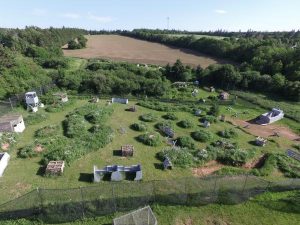 Our latest addition and eighth field opened 2016. A whopping 80 foot long, 12' wide and 16 foot high bridge that can be played by itself, or for bigger games four fields can be linked together. Fast paced "capture the flag" or mission based scenarios such as 'bomb plant' can be played here. 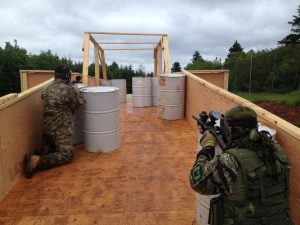 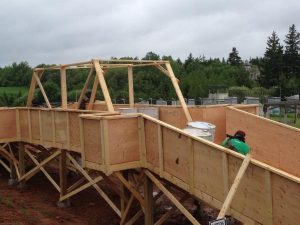 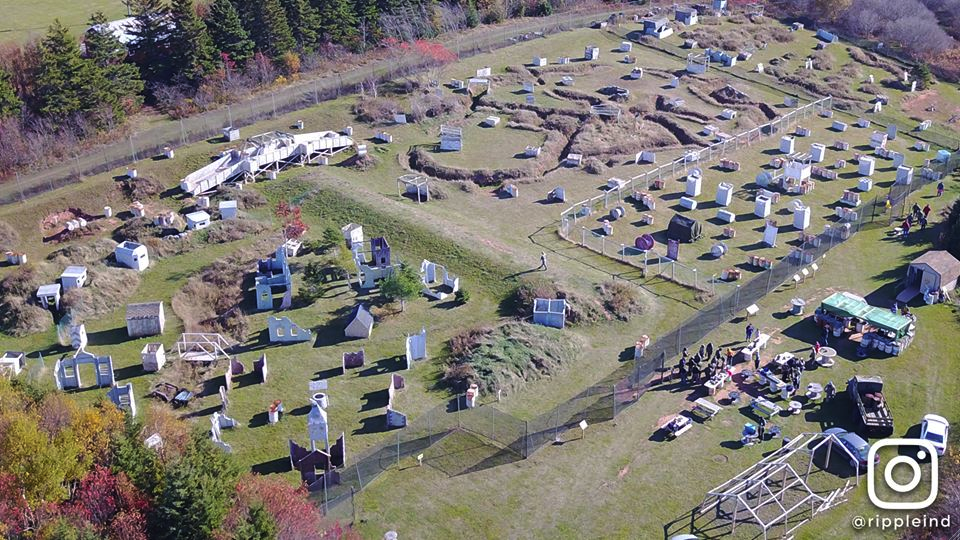 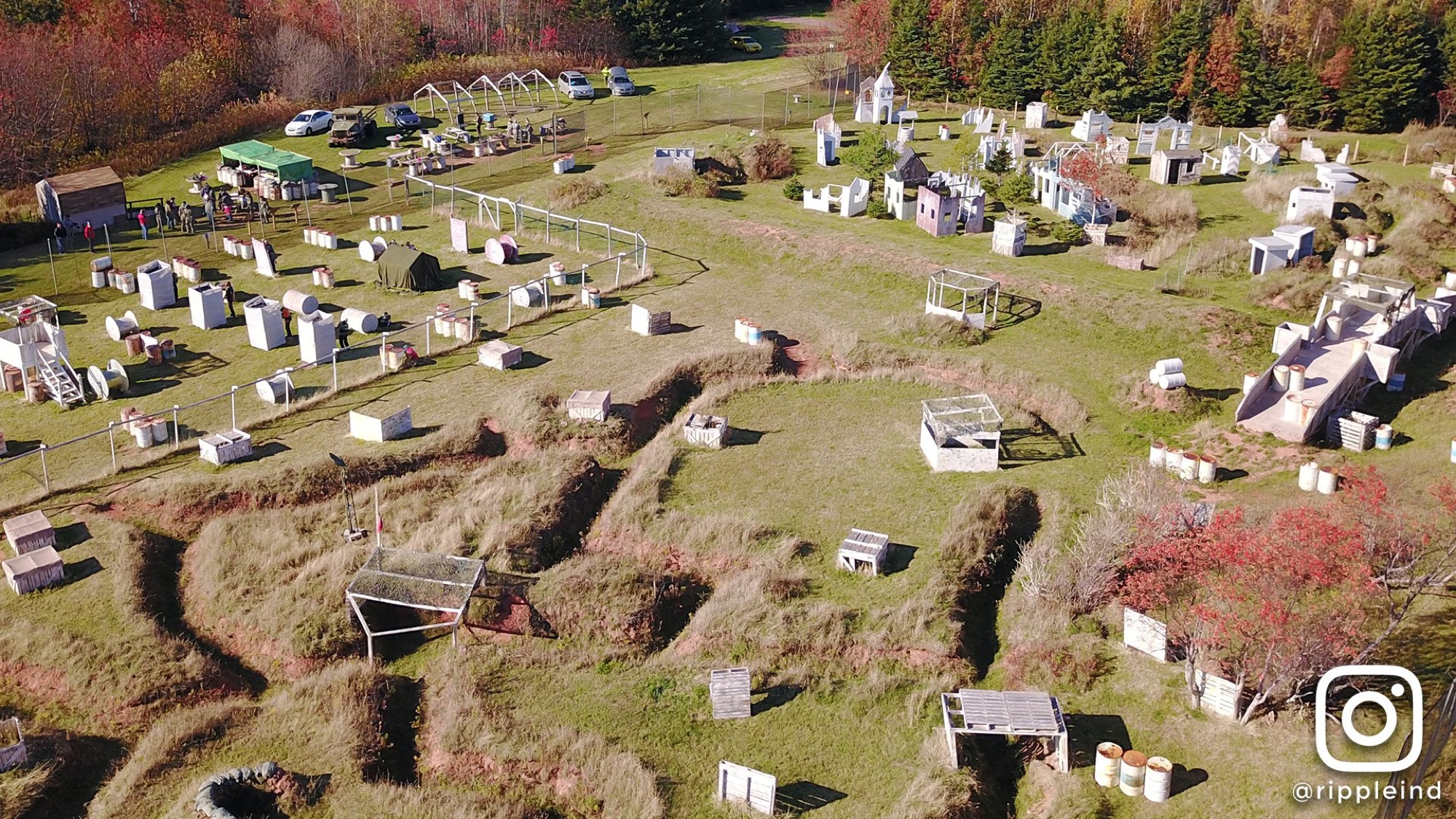 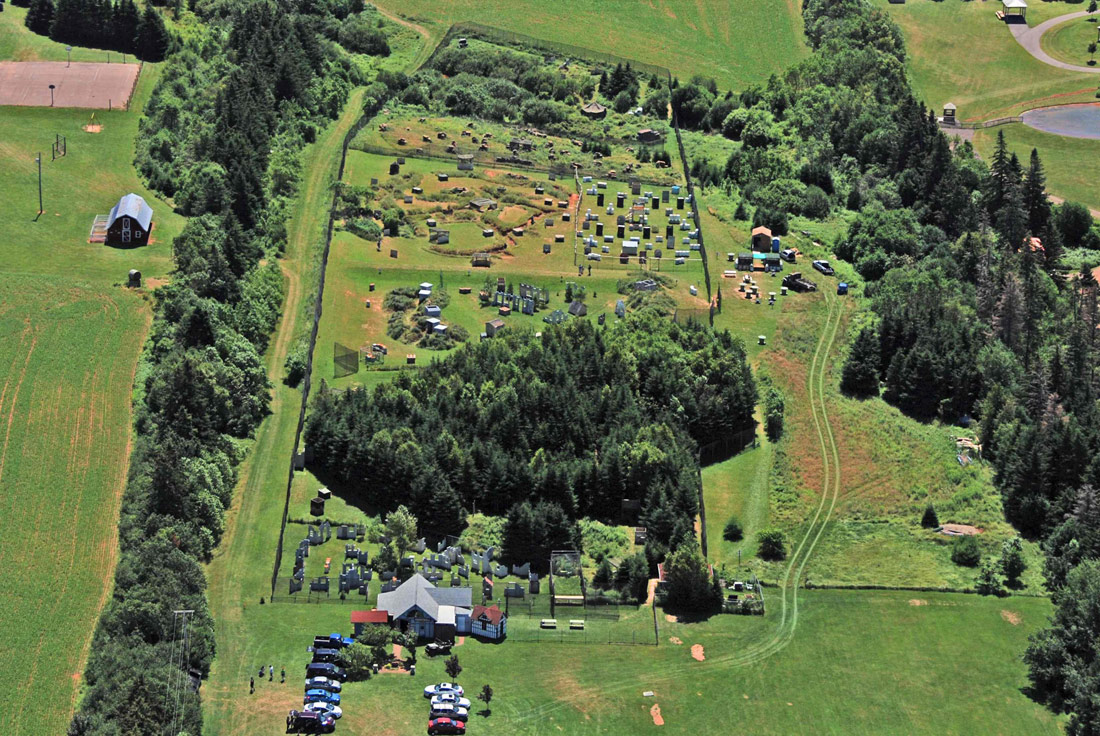 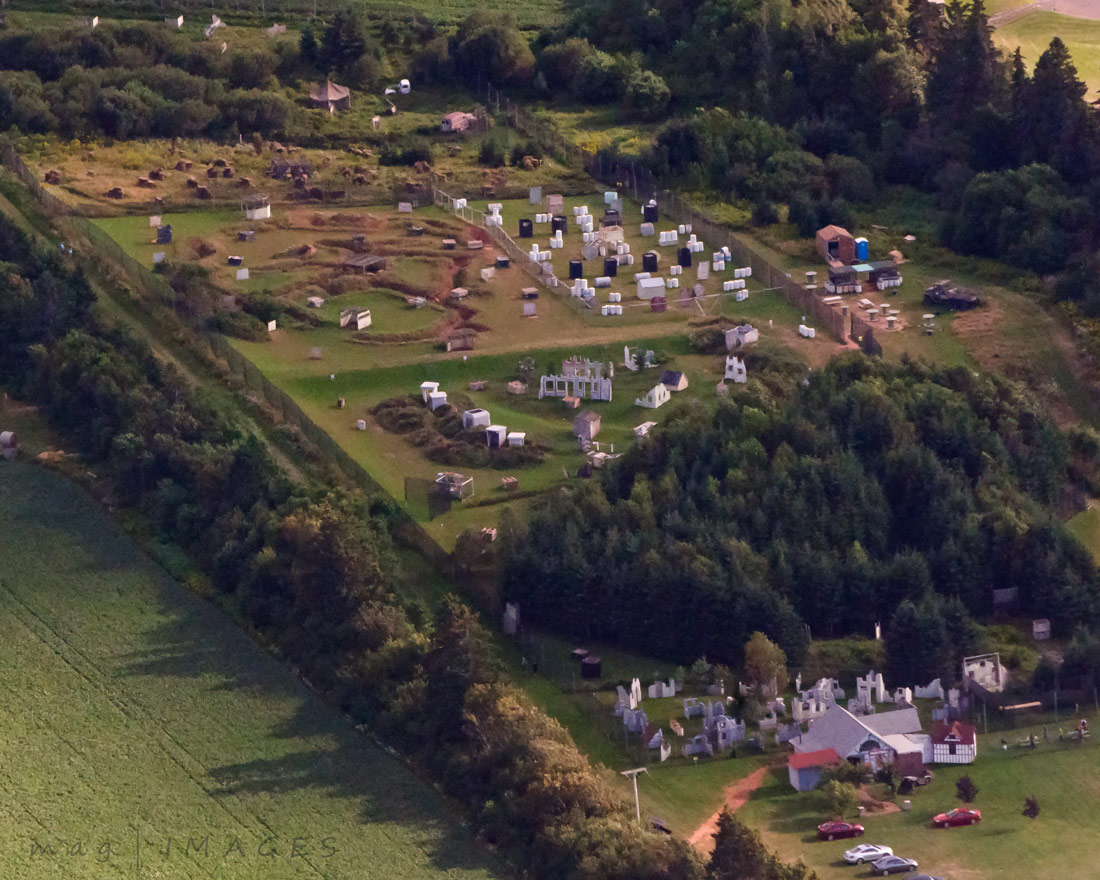 Crossfire is closed for the season. See you all again in May, 2021.

Crossfire has to limit the number of players on the fields at all times to meet Health PEI's recommendations for fighting Covid-19.